This recipe was given to me by a dear college friend, a Malaysian woman smarter than just about anyone I know. I think she was engineering student by day and master chef by night. She’s the one who introduced me to cooking with things like coconut milk, peanut oil and lots of cilantro. And wok cooking.

I was fascinated by her worldiness, book smarts, and cooking skills. Then I learned about her grandmother through the stories she told while cooking, and realized what a blessing it was to have the wisdom of the kitchen passed down from one generation to the other. And how blessed I was to have someone who would share those same things with me. She said her grandmother always told her that eating okra would make her good at math. hmm… I think that worked out for her.

Needless to say, I learned a lot about cooking from her during our college years, and this recipe was something new to me. Heck, okra was new to me at the time!

Most importantly, she says this method of preparation gets rid of sliminess. Okra is pretty slimy. I’ll take any suggestions I can get to solve that problem. 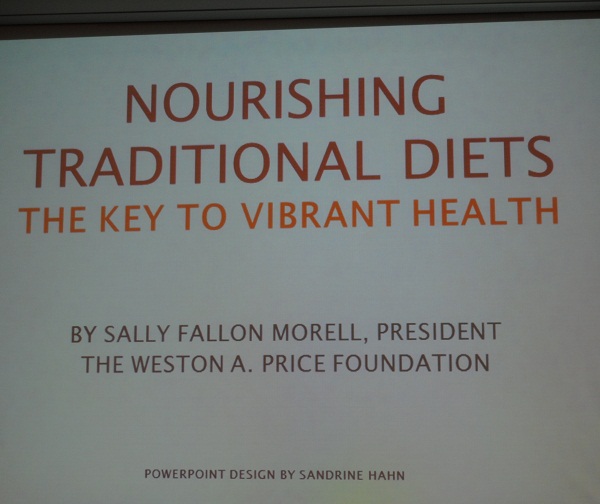 This post is a continuation of my previous post about Sally Fallon and her work with the Weston A. Price Foundation, whose mission is to…