By now, most of my family, friends and fellow comrades on Facebook and Twitter know my stance on raw milk. In short, I fully support it, love it and recommend it to others. Middlebury, Indiana in Amish Country is a great place for Dairy Farming

If you’re familiar with raw milk or have had it as a source of food, this may sound like a silly question. Why, raw milk simply comes from a cow, of course.

If you’re not familiar with raw milk, it may seem like a strange concept- You might have questions or responses like:  What makes it raw? Isn’t raw meant to describe uncooked food? Anything raw just sounds unsafe and unappetizing.

The story of raw milk is a long and interesting one- and yes, there is a story to it. Beautiful Jersey Cows on an Amish Dairy Farm where they are fed non-GM clover, oats and hay

In a perfect world, this would be a non-issue because raw milk is simply milk that comes stright from the cow. It is not pasteurized (heated to high temperatures) or homogenized (all shaken up). This means that it’s precious qualities- valuable vitamins and minerals- are not destroyed or reduced. The cows are brought here to be milked All of the equipment, including this tubing, is kept spotless and sterilized using vegetarian-based non-toxic organic solvents The work room is clean, well-organized and tidy

Laws in these United States changed in the 1890’s to enforce the pasteurization and homogenization of milk not because the milk or the cows were all unsafe, but because of a few reasons, one being that pasteurization was a new phenomenon and so it was done as a preventative measure against disease of both animals and humans. People were moving away from urban areas and the transport of milk wasn’t as before, when most families had their own dairy animals such as cows and goats, increasing the vulnerability of the milk supply– or so it seemed.

Those are just some of the theories I have read about, but I am not the expert on the subject so I defer to resources at the end of this post for you to get more historical and scientific information regarding the process of how our raw milk supply changed.

Years ago, I read one book that changed my entire outlook on what real food  really is, including raw milk and raw milk products: Real Food: What to Eat and Why by Nina Planck.  Before that, I had assumed that milk was milk and butter was butter– unchanged, unaltered and not messed around with in any way unless the ingredients list told me so. What I had failed to ignore were the methods and techniques used to process foods. The cows are happy, healthy and well-pastured

Long before the real food movement took hold in the U.S.,  she advocated for some of my favorite foods such as milk, cream and butter to be eaten whole, pure, and with all of their wonderful fat in place. In moderation, of course. She also wrote extensively about the benefits of eating meat and poultry that were raised humanely and on organic feed, all while on open pastures. Of course I don’t condone any of the advocacy of eating pork, everything else she said majorly in line with the intrinsic values surrounding halal and tayyib dietary laws.

I instantly and selfishly loved her for those recommendations that simply made so much sense, but what made everything stick a little more as I read on were the references she made back to others who had studied this stuff even before she did, and it’s how I learned about the Weston A. Price Foundation and Sally Fallon, the President of that organization and a huge advocate of bringing back traditional foods into our diets.

Since that time, I have done my homework and also done a lot of reflection about whether or not my family’s experiences with traditional foods, including raw milk have been positive ones.

Here are just a few things I came up with- experiences that removed my fear of drinking raw milk and raw milk products.

1) I found out that many of my (strong, robust and healthy) relatives grew up drinking raw milk. My dad, his parents and sisters all had it while they were young, growing up in their small village in coastal Sicily. masha’allah.

2) Reading Real Food:What to Eat and Why by Nina Planck

3) In the Holy Qur’an, Allah mentions milk specifically: [016:066]  And verily in cattle (too) will ye find an instructive sign. From
what is within their bodies between excretions and blood, We produce, for your drink, milk, pure and agreeable to those who drink it. There is even a specific prayer to be said when drinking milk:

O, Allah, grant us blessings and abundance in it (the milk).

4) Drinking raw milk straight from a family member’s cow in Mexico. (No, we did not get sick!)

6) Joining a co-op and consistently getting safe, delicious raw milk and raw milk cheese. (I’ll tell you more about that in a subsequent post) Raw honey is another whole, yet rare food to be found in this Amish country

It goes without saying, that I have decided not only to take on as much of the traditional and nutrient-rich diet as possible, but to advocate for it whenever and wherever possible.

As I stated, I eventually joined a co-op, or CSA (Community Supported Agriculture) in my area because it is the only way to get raw milk legally in my state of Illinois. The pictures in this post demonstrate where I get my milk from. I went there myself to check out the dairy farmer’s facilities, process and his cows. It was the most eye-opening experience, though it is not necessary for everyone to do. My CSA allowed me and the dairy farmer welcomed me because I really wanted to share this information with others to encourage more people to join a co-op. In most cases, the CSA leader will have already done this work for you. Our raw milk comes in jugs just like the ones at the grocery store, sealed and locked. The only difference is the incredible taste, the heavenly cream on top and the fact that it doesn’t last forever, which is a good thing- it’s truly fresh, organic and gives us an incentive to consume it the way it was intended

In a subsequent post, I will describe how to join a CSA and what those benefits are. For now, I leave you with the fact that this luxury we have right now of even getting this real, raw milk is actually under serious threat. Farmers around the country are being closed down, prohibiiting them from selling or even drinking the raw milk from their own cows!

Please follow such organizatoins as The Weston A. Price Foundation and A Campaign for Real Milk to find out how you can stand up to this injustice and fight for food freedom.

Real Food: What to Eat and Why and Real Food for Mother and Baby by Nina Planck 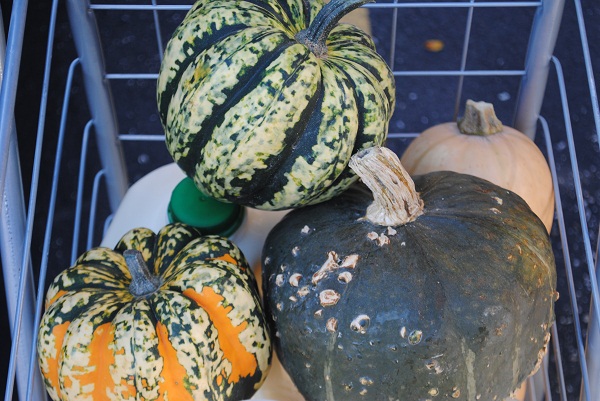