Many American kids like myself grew up eating chicken pot pies at some point during their childhood, whether homemade or store-bought and frozen. I used to love them because they smelled delicious, were very filling and simply reminiscent of simple comfort food. 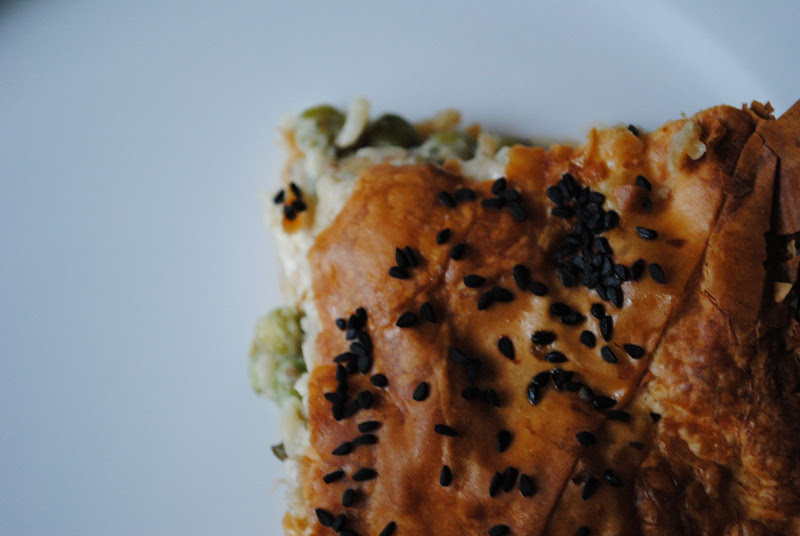 I haven’t made chicken pot pies in years and recently have been craving this type of food, but I didn’t have pie crusts, the typical dough used,  at the time of my craving–but I did have phyllo dough. I thought, Why not give it a try? Phyllo is pretty durable and I just love how it tastes in my Spinach Borek. Sometimes we surprise ourselves in cooking. I was very happy with the result. Simple, halal comfort food at its best. Enjoy! 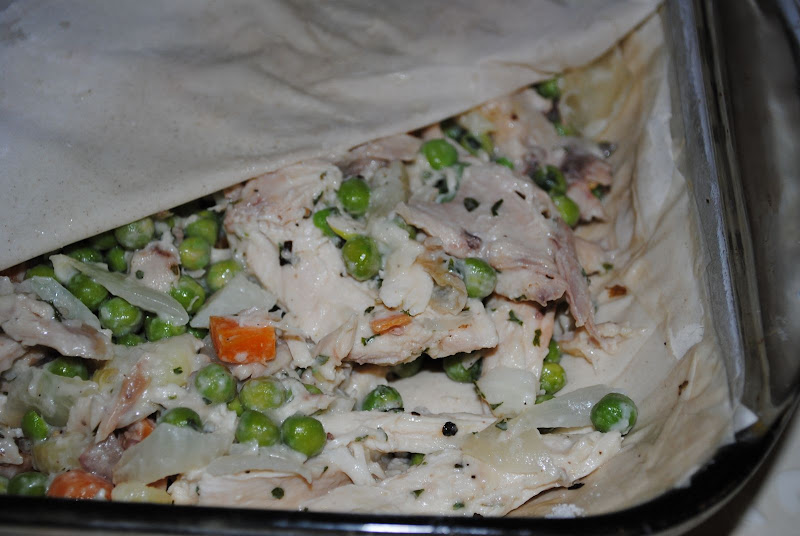 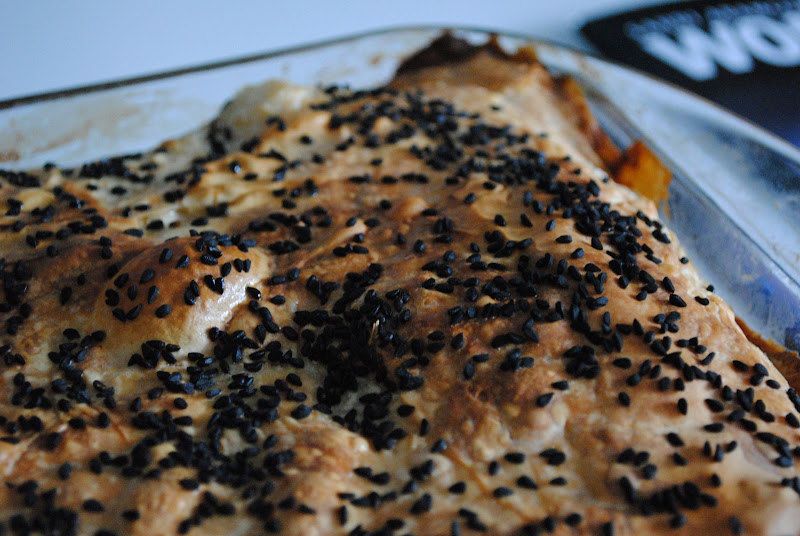 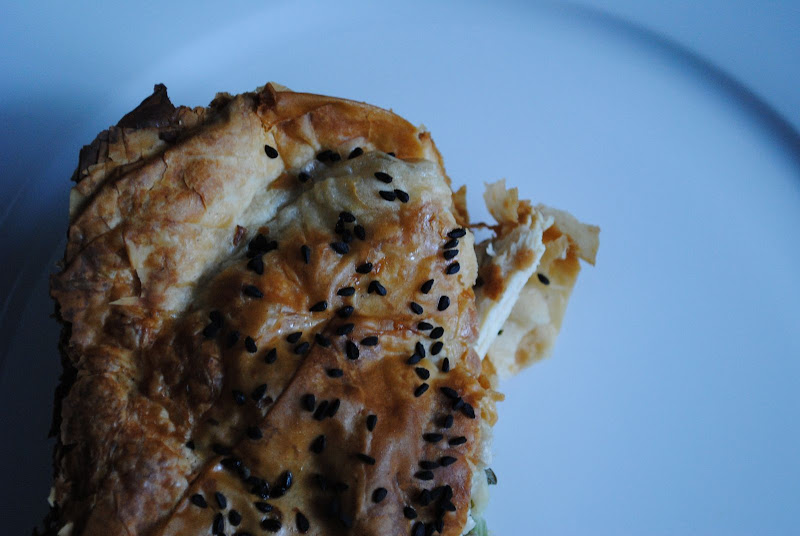 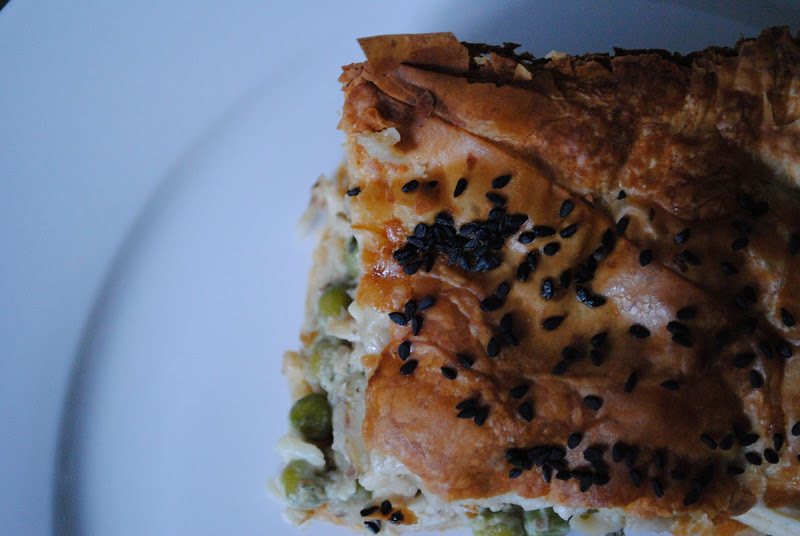 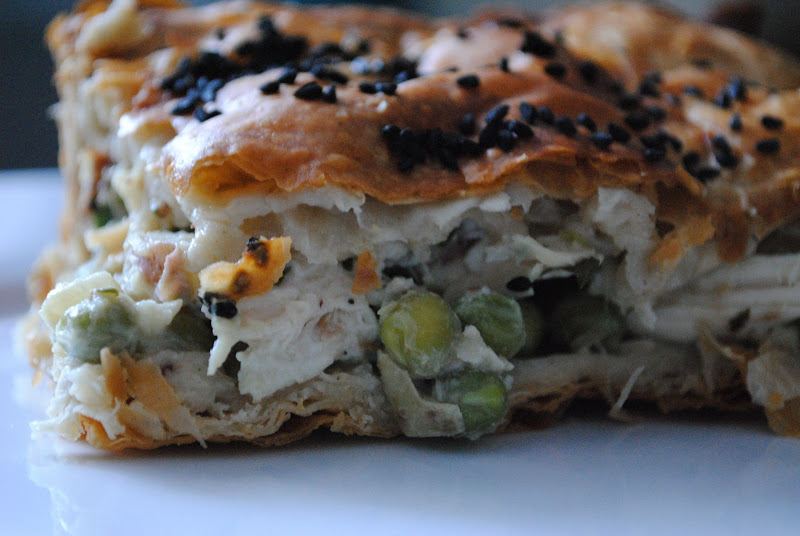 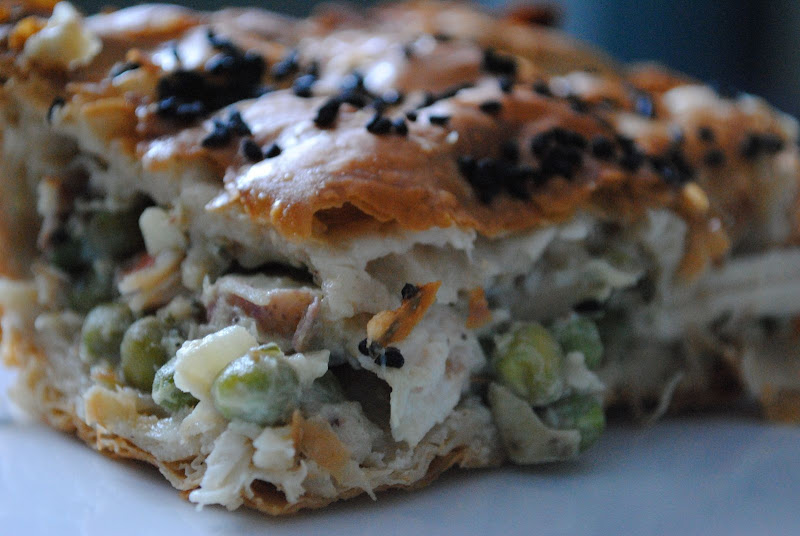