Each morning I have the same dilemma- make a quick and usual breakfast, or make it an occasion by serving special foods that are timely to prepare but sure to please. The need-to-please disease I have tells me that small breakfasts should induce guilt. But what if I could serve a sizeable breakfast without all the struggle and extra time in the morning? I didn’t want to just put any old leftovers together- that would be a bit too obvious….

Luckily my husband isn’t a picky guy and doesn’t snub food the same way I would if I didn’t like it, which actually made me want to do a nice thing- not take up too much time in the kitchen (which throws off our entire schedule entirely), without skimping on the food, either.

I decided to serve up eggs baked in ramekins (eggs en cocotte), a savory pastry filled with spinach and feta cheese (Spinach Borek), a mixed salad, and sliced grapefruit. Not too fancy, but just enough to please, I hoped.

I prepared the baked eggs or ‘Oeufs en Cocotte‘, according to the base of a recipe I saw on a Julia Child French Chef episode. I changed some things to make each dish of two eggs baked in a ramekin then set in hot water to our own liking: Mine was mixed with leftover homemade buttermilk dressing and on my husband’s I poured a simple, plain leftover tomato sauce (see details below). After about fifteen minutes of baking in the oven, they were done. In the meantime, I was able to set the table and prepare the next dishes. The savory pastry is my favorite, mainly because the smell of baked phyllo puts me in a wonderful mood remembering people in my life I’ve had the sweetest of memories with: it’s based on a combination of a recipe for Turkish borek from my dearest friend, Inci, who is Turkish and a Greek recipe for spanakopita handed down loosely to me from my cousin Nikki via her Yaiya (Greek grandmother).

This one was prepared yesterday, but it really couldn’t be finished at night. It was too hot to eat and this is one dish where patience allows you to enjoy it more. The cheese has time to set and the dough is not as crunchy when it’s cooled. Today three pieces were reheated in the microwave for about two minutes and resulted in a perfect, warm taste. The cheese was set and the spinach had time to mingle with it, just enough time to complement each other nicely (recipe below). *Just to note, however, in my opinion I prefer it to be eaten the same day when it’s still nice and warm and not reheated at all.

The salad was super easy. In my conscious effort to eat up the largest carton of mixed organic greens possibly for sale at Costco, I decided now was a perfect time to eat it up. Just throw the greens in a large bowl, top with sliced tomatoes and drizzle the mix with olive oil, a pinch of salt and dried parsley flakes. Voila! It’s done.

I almost forgot to mention the proud addition I just had to put on the table- a small bowl of my homemade crème fraiche, which I had been experimenting with all week. UPDATE: I eventually got it down just right. Get the recipe here as well as in the My Halal Kitchen cookbook.

If you don’t want to make it yourself, I suggest getting this excellent one: Vermont Creamery Crème Fraiche, also found at Trader Joe’s.

The last addition was the plate of peeled and sliced grapefruit, a great way to end the meal and clean the palate after all the dairy at the table. The important thing to remember about grapefruit is that if it’s peeled properly, you won’t taste any bitterness; instead it will taste sweet and refreshing. It’s a bit of work, but don’t have it any other way.

Brunch was prepared and served today within a half an hour. It was delicious and healthy. What could be better?

Here’s the menu I made, with the recipe information: 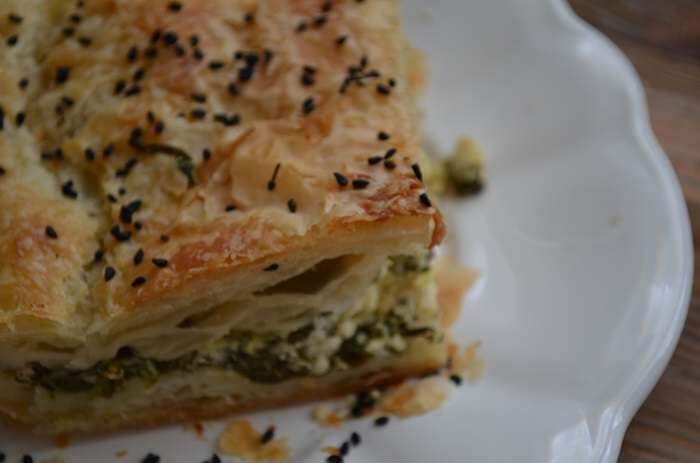 This is a sponsored recipe post by the Zabiha Halal brand. They provide halal-certified products mentioned in this post.  The suhoor meal is such an… 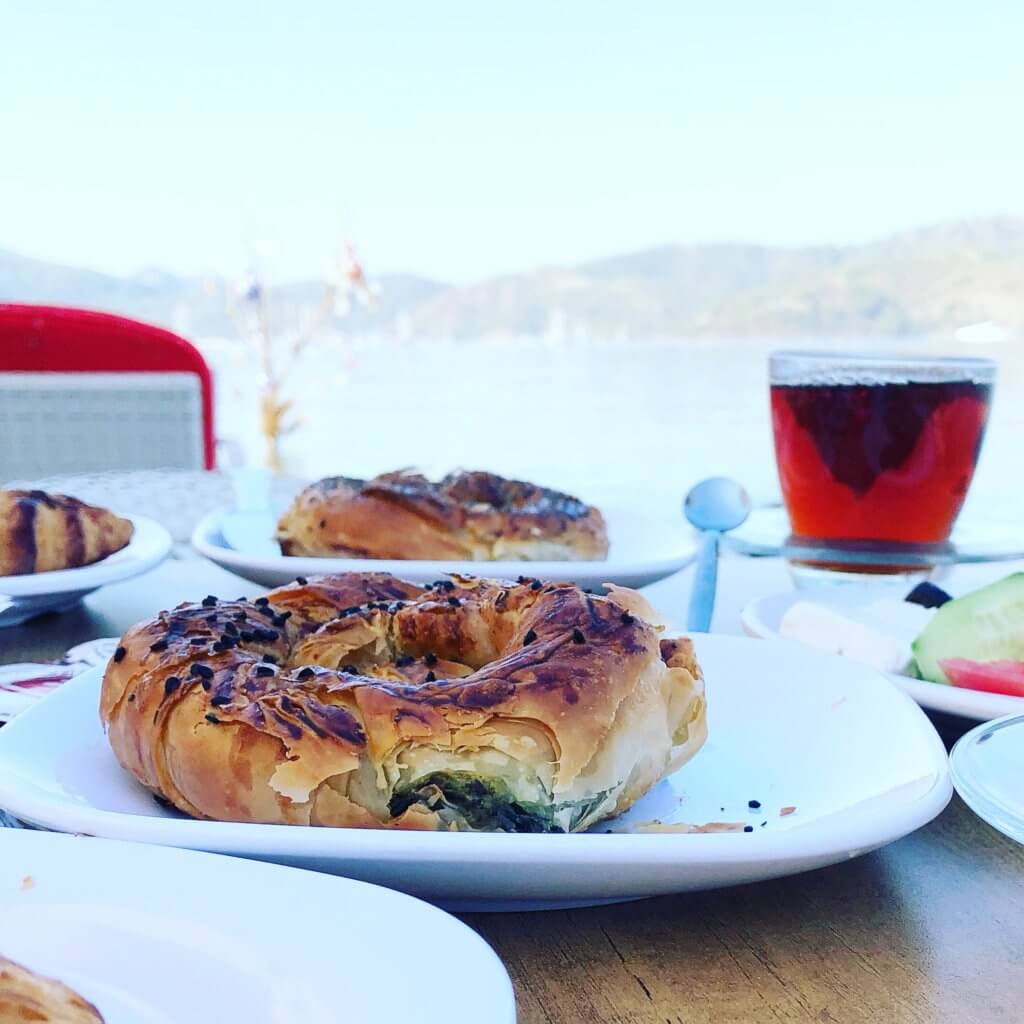 A few days ago we had our third wobble here in Fethiye in the last few months. It was a little less intense than the… 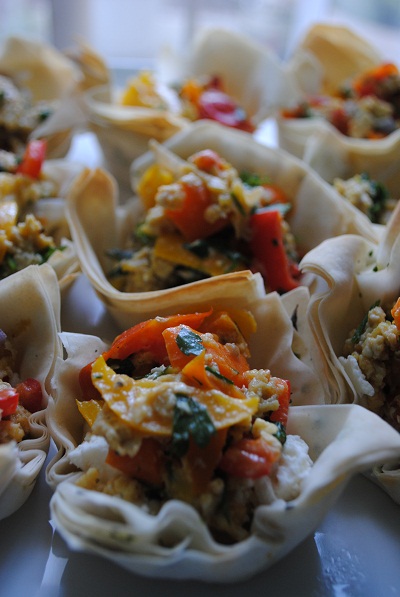 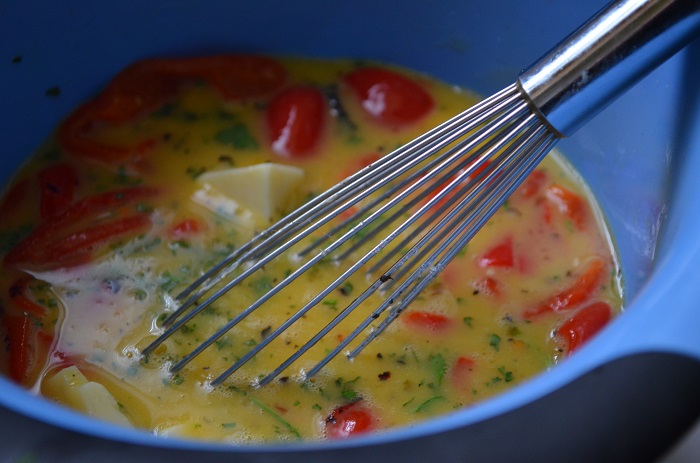 Who doesn’t need to save extra time in the morning for Suhoor or breakfast on any regular day? Precious minutes add up quickly, so one… 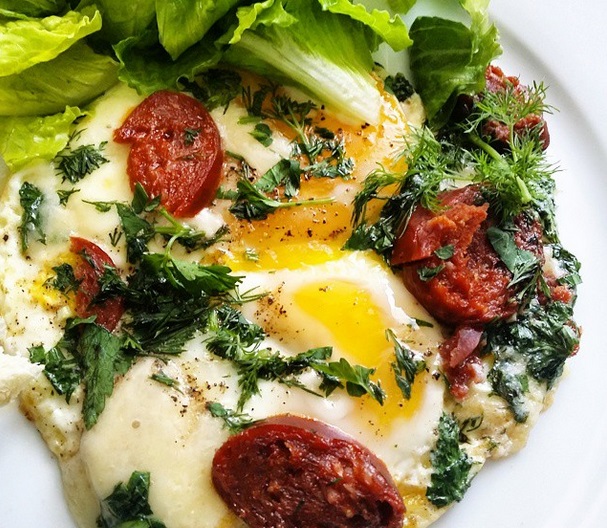 Why am I aways posting breakfast at dinner? Here’s my filling dish of eggs with #sejouk (a #halal style #chorizo) inspired by my love…