Why? I have no idea, because when you actually try them you’ll truly enjoy veal in a whole new way you’ve not probably tried before. Open minds and open taste buds are critical aspects of the food-pleasure marriage.

I’m not the only one who needs a reminder to try new things. Sometimes we just get too comfortable or too lazy to make something new and ‘exotic’ to us.

I’m definitely new to savoring as well as preparing all things Scandinavian, but I have tried some nice things at Ikea, like their open-faced shrimp sandwich–ok, I’m sure Swedes out there will bash me for saying that’s real Scandinavian cuisine, but other than a few Swedish pancakes made by my college roommate many moons ago, I really haven’t opened my tastebuds to such a wonderful and fresh array of flavor in a long time.

I’ve been yearning for something different. Different to me.

Which is why I thought you must also just give these Swedish Crab Canapés a try, especially if you’re too comfortable or too lazy to invite guests over for a light snack or appetizers. No one will know how easy it was, but insha’allah they’ll love that you went slightly out of your way to serve something a bit different. This is not only a wonderful party appetizer, but can also be a healthy snack. If you want an alternative to a tuna sandwich, spread the crab mixture onto large pieces of bread and make yourself a sandwich out of it.

In a small sauce pan, melt the butter. When it begins to froth, add the flour and stir with a wooden spoon until you’ve made a roux*, or paste. Keep stirring until you’ve removed all the lumps. Remove from heat.

In a small bowl, crack the egg yolk and add the heavy cream. Whisk both ingredients together then add this mixture to the roux you just made. Stir until smooth. You’ve just made a sauce.

Add the sauce to the crab meat mixture. Use a fork to separate the crab meat and blend into the sauce, then use a large spoon to finish mixing, until all ingredients are well combined. Taste for seasoning at this point and add anything you feel is needed.

Dollop crab mixture onto crackers or toast for appetizers or spread mixture onto large pieces of bread for sandwiches.

*a roux is a blend of fat (in this case, butter) and flour done to create a thickener for sauces. 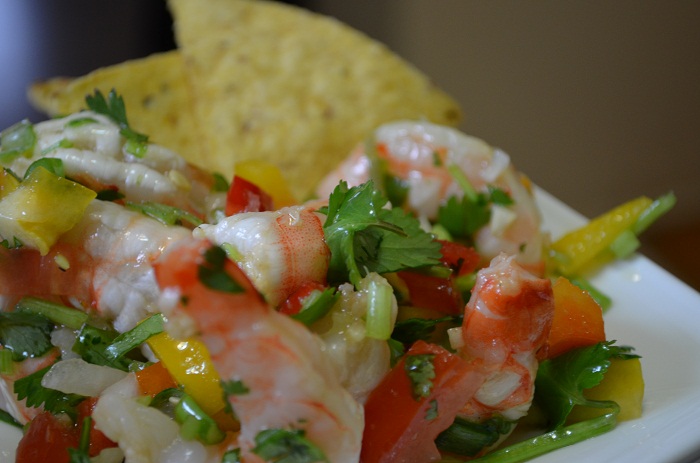