My Halal Kitchen by Yvonne Maffei

It wasn’t too long ago that I first heard about Saffron Road, halal frozen entrees that are now sold at Whole Foods stores. At first glance, I thought they were just another frozen ethnic entree that would be out of reach for halal-eating Muslims. Upon closer look at the packaging, I noticed the words Halal Cuisine. Digging a bit further, I was intrigued to learn that the meat in the entrees was not only hand-slaughtered, certified halal by IFANCA (Islamic Food and Nutrition Council of America), but also certified humane.

I was incredibly curious to try it, considering the high quality standards set forth in the labeling.  Just as the product launched, it was hard to miss their highly marketed partnership with Zabiha.com where consumers could actually try an entree for free (around a $5 value). Great idea. Count me in. (That’s still being offered here)

Coupon in hand, I trekked over to my nearest Whole Foods store and found the entrees in the frozen food section. I actually called ahead to see if the staff would recognize the product and to make sure it was available. They knew exactly what I was talking about and told me they were definitely in stock, in all four choices: Chicken Biryani, Lamb Saag, Lamb Vindaloo, and Chicken Tikka Masala, all favorites of Indian cuisine aficionados. If you’re an avid reader of my blog, you’ll know that I never eat pre-packaged frozen foods- unless they’re homemade foods I’ve frozen myself.  It’s not a life rule, it’s just because most frozen foods contain ingredients that are either unhealthy or made with non-halal meats or both. This entree was different, so I was naturally open to trying it.  I baked it in the oven according to the instructions, although the option to microwave it was also there.

In the first several bites, I realized it wasn’t too spicy at all. Then, I noticed a tiny thermometer on the bottom left hand corner of the front of the packaging that actually indicates the spice level of the entree. Brilliant. They’re definitely on to something. People like me, who definitely love to have some spice in life, much of the time by way of Indian food, can’t or don’t always want the intense heat that goes with it.

The rice was perfectly cooked and the chicken was soft, tender and filling. The raisins and cashews were not only a nice surprise, but a healthy addition that also gave the dish some added texture (i.e. sweetness and crunch). I didn’t add anything on top because I wanted to experience the full flavor the first time, but you could easily add yogurt and/or some sort of citrus to boot. It’s a great idea for students, working Muslims, or anyone interested in eating healthy, humanely prepared food. to take for lunch or those in a rush who want a super quick, healthy and halal dinner but can’t find the time to cook.

By the grace of Allah, my curious nature takes me a lot of places. In this case, I was fortunate enough to learn a whole lot more about the unique company behind Saffron Road and its founder who has a special mission behind all he does. Here’s my interview with Adnan Durrani, Chief Halal Officer of American Halal Co. , Inc.: Before we began talking about Saffron Road, I asked him to explain what it means to be a ‘Chief Halal Officer’, an unusual title in the business world.

He kind of chuckled at the question and began telling me a bit about his experience working with Stoneyfield Farms, true pioneers in commercially-made organic products, where a CEO might be called  a CEYo (as in Yogurt). Comical and friendly, yes. A corporate environment in which team members can live, breathe and thrive? Absolutely.  Mr. Durrani says he never really believed in titles and doesn’t take them too seriously, but what he does believe in are socially responsible companies. That’s the environment he’s creating as Chief Halal Officer, giving birth to a socially responsible food product in his Saffron Road frozen entrees. To read more about Mr. Durrani’s exceptional business background, go here.

Mr. Durrani says he never thought of getting into the halal business. What changed his mind were trips to Kuwait and Saudi Arabia where he saw a plethora of  halal foods, though absent of high quality. It was then that he gained a new appreciation of halal and thought of creating a business here at home that would integrate high quality standards of food right from their source (i.e. the farms) with absolute dhabiha halal authenticity.

Saffron Road is an innovative, certified-halal product in that it offers consumers not just a convenient halal food item, it’s also made with certified humane meat that is 100% vegetarian fed and raised without antibiotics. I asked Mr. Durrani how he can ensure consumers that the animals are treated well prior to being processed for meat and why he goes to such an extent of making the products meet these fiercly high quality standards? What would he say to skeptical consumers who might still question the source of meat and poultry (i.e. farms) and method of slaughter?

Mr. Durrani says he wants his products to be the best. He tells me of the numerous checks and balances his products go through before they are brought to the consumer.

When discussing what halal means, Mr. Durrani says that food is just a small part of the equation. He cites the importance of one’s relationship with the Creator as well as the importance of tayyib, or purity. Ethicial values around the treatment of animals are at the forefront of his business initiative. He says as a society, we’ve lost ethical values and holistic treatment, but he’s trying to bring that back with a high-quality product presented in Saffron Foods and urges people to think holistically and support sustainable farming. Socially responsible business practices are a prominent thread in this man’s work.

Right now Saffron Road frozen meals are mainly Indian dishes. Aside from his own South Asian ethnic background, I asked this CHO if there was another reason he chose to market these types of dishes to the American consumer?

His response was that going into the Indian foods market was natural: Indian food has the #1 growth rate in the $70 billion ethnic foods niche, and often many of its customers are not even Indian. Amazing.

Saffron Road frozen halal entrees are truly a unique item in grocery store freezers right now and are mostly sold at Whole Foods Markets. I asked Mr. Durrani if he envisions packaged halal cuisine to one day be more commonplace in U.S. supermarkets?

“Halal as mainstraeam is kind of a big jump”, says Durrani. He never looks to conquer it; instead, his mission of high quality, totally halal foods is the key, with tayyib (purity) at the forefront of that mission and constantly evolving to supply the needs of his customers.

Adnan Durrani has an extensive background working on interfaith projects. I was curious to know what motivates him to take time from a busy life as an entrepreneur to be involved in this type of work?

His response was simple: social responsibility. That response also came with a background story. He used to work on Wall Streeet and also spent some time working at the World Trade Center. On Sept. 11, 2001 he was close enough to actually see the towers going down. Deeply affected by the horrific events, he never saw what was coming next: the mayor of the town in which he resides asked him to speak to churches and synagogues for interfaith dialogues about Islam and Muslims. Though he didn’t feel quite prepared to take on such a role, he ended up accepting and has been speaking on these topics ever since.

It’s been through these speeches that his work on social responsibility has taken off, providing a unique opportunity to publicly express how Islam drives the moral ethics around interfaith and business.

Mr. Durrani recently spoke at the Bridges of Hope Interfaith Conference on October 12, a program organized by the Obama Administration which took place at the Vatican in Rome. Before he left, I asked him what he planned to talk about and what, if any, expectations he had regarding the outcome of this conference on interfaith relations among the attending religious groups?

He said his expectations for the results of the event were realistic but optimistic. Everyone is concerned about Islamophobia right now, but the Vatican’s intent to get proactive with the Catholic Church by creating a guidebook for interfaith understanding is a positive step in the right direction. This conference was meant to include the most prominent leaders in the business of interfaith leadership, garnering their ideas for successful results in some of the most challenging moments of our time.  To see more of Mr. Durrani’s speech, go here.

I was really curious as to whether Mr. Durrani would be meeting Pope Benedict during his time at the Vatican, and if so, what did he plan to say to him?

He wasn’t sure if he would be meeting the Pope, but he was certainly prepared. He said he would urge the Pope to look at social, racial, and economic justice and to connect with us on these issues, reminding him that what is done now will affect the human race for many generations to come.  Lastly, it’s up to him to bring people together now.

We ended the interview with a few last words of wisdom for today’s entrepreneurs.

Advice for those in business who also want to help make the world a better place? Make a sustainable business first then go towards helping the world.

I hope to get a more in-depth update about Mr. Durrani’s trip to the Vatican earlier this month when I listen to him speak at the American Muslim Consumer Conference on October 30. Be sure to check back soon for details on that and other great business advice I hope to bring back from this weekend’s event, insha’allah.

*This post may have affiliate links, which means I may receive commissions if you choose to purchase through the links and/or product advertisements I provide (at no extra cost to you). 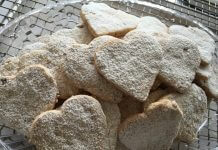 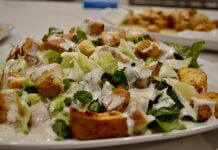 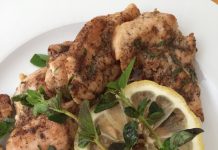 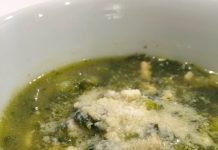 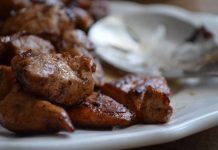 Classic Tiramisu- Without the Alcohol

Substitutes for Alcohol in Cooking

Substitutes for Pork in Cooking

A NYC Halal Cart Known By Its Street Address

4 Tips to Organize Your Ramadan Cooking