Through the wake of numerous natural catastrophes and man-created conflict around the globe, we are reminded that we need the people we love now more than ever.

I wrote this piece a few months ago, looking for just the right time to add it to the collection of articles here on My Halal Kitchen. After reading, I hope you’ll share your story, too….

In every corner of the world, people gather in one way or another around a centerpiece of their traditional foods to celebrate holidays, births, anniversaries, or to simply share a regular, everyday meal together.

Those who have shared a meal with someone from another culture have most likely enjoyed incredible hospitality and an eagerness on the part of the host to share a story of their traditions, their history, and their food.

Traditional dishes and everyday dishes alike represent a time and a place that tell their own story of depravation or scarcity, abundance, conquest and assimilation.

In my Sicilian family, nothing speaks louder about the conquest and assimilation of the Sicilian people more than the dishes presented at our meals. With a history of Roman, Norman, Greek, Arab, Angevin, Hapsburg, Bourbon, and Spanish conquests, our food speaks to each of these people who set foot on the land, bringing with them seeds, plants and animals that were not native of this Mediterranean island.

The Arab influence on Sicilian cooking became the most profound, and that has endured to this day, however, what is most impressive to me about their reign is that during this time the Jewish population flourished in Sicily, side by side with the increasingly large Christian population. Hence, Christian, Muslim and Jew lived in harmony. Surely they ate together, too.

I can also enjoy a halal meal with my neighbors, family and friends who aren’t Muslim, something which I enjoy and crave because over a meal, there’s an incredible opportunity to discuss life, traditions, history, family- all in an exchange of humanity’s most important emotions of love, optimism, mercy, and hope.

Years ago as a new Muslim, I began cooking up my family’s traditional dishes, now with halal meat and ingredients. By inviting our non-Muslim family to dinner, we had an incredible opportunity to bring everyone back to the table where the discussion didn’t have to turn to politics or religion; it could simply be about the food. In the course of conversation, however, there was a natural exchange of knowledge about Islamic dietary values. Family members were surprised to learn, for example, that we could eat meat and say things like, “Oh, I thought you had to become a vegetarian”, confusing Islam with another Easter religion.

“Au contraire”, as I serve butter-stuffed roasted chicken for dinner. Over meals together, we learn that as humans we’re much more alike than different, that we want more of the same things- good for our families, our country, our world. We learn that morals and ethics across the board are more familiar to one another than in contrast or conflict with one another.

Through an example of good table manners and character a Muslim can demonstrate an appropriate reflection of deen (religion) in action. Giving others their rights of respect, hospitality, generosity, kindness & mercy at the table is a great opportunity for da’wah (educating about Islam) or rather what Islam teaches us.

Breaking bread is a great way not only to tell people your story, but more importantly, to listen to theirs. 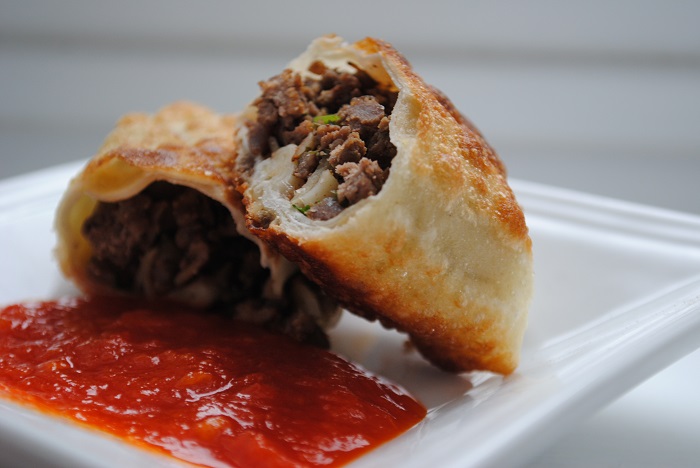 My First Fast Was Just an Experiment The first time I fasted in Ramadan I wasn’t a Muslim; I was a curious young woman who…