Our latest guest post is by Nadia Hubbi, Founder & CEO of Sweet Pillar & Co. Her chocolate-covered dates captured me so much that I asked her to tell us all about how to find the perfect one for our tastebuds and the origins of this ancient, lovely fruit so that we can appreciate them all the more.

Let’s talk about dates and not the kind between couples but the sweet dried fruit that has been around for centuries. Dates, bite-size brown fruits, are packed with health benefits and for the most part are available year round. While they are popular in organic and nutrition stores and during Ramadan, when many Muslims break their fast with a date, not many people know much more about them. Dates & Cream for Iftar, dessert or a healthy snack

Dates originate from the Middle East where for generations they have sustained life in the hot arid region. In the 1920s, a rare disease called Baioudh deciminated most of the crop in the Moroccan desert, but eleven offshoots of the Medjool dates travelled to Southern California. Nine of the original eleven survived and have since flourished in the Coachella Valley in California. These account for more than 200 pounds of dates produced annually.

One ancient Muslim story describes edible dates as the primary food created by God to nourish Adam in the garden of Eden. The palm tree is also believed to have been the primary material used to build Prophet Mohammed’s home. The Qu’ran references the date fruit about 26 times.

While in the Middle East there are over a hundred different kinds of dates, the three most popular in the US are the Medjool, Deglet, and Barhi dates.

Dates are classified as soft, semidry or dry. Soft dates which include Medjool, Khadrawy, Halawy and Barhi have a sweet creamy flesh because of their high moisture content. Semidry dates such as Deglet Noor and Zahidi have less moisture, sweetness and chewiness. Dry dates such as the Thoory have more of a hard, dry skin and very little moisture.

Although dates are considered dry fruits, the ideal flavor is optimal when they have moisture and are stored properly. The best approach for handling dates, especially if large quantities are purchased, is to freeze them. Take them out a few hours before you are ready to consume to allow for thawing to take place. When frozen and thawed out, none of the flavor is lost and the moisture stays as-is for up to a year. Refrigerating is the next best thing to keep them fresh for up to 30 days. Keep in mind that after 30 days the dates do not go bad, they just do not taste as mouthwatering as they do fresh.

Medjool dates: often nicknamed the “King of Dates” or “Nature’s Candy” because of its richness sweetness and it is the largest in size. They are plump and sweet with hints of wild honey and a touch of cinnamon. Medjool dates were once reserved for the Moroccon King and his guests and were truly a delicacy. Medjool dates are further separated into Jumbo, Large, Super and Choice. This grading system is designated by size, texture, skin and other important features. Jumbo Medjool dates are the largest and plumpest while the Choice, still very tasty but also referred to as the “2nds”; the Medjools that did not quite make the cut.

Harvested: September and Originally from Morocco.

Deglet Noor dates: “Date of Light” are amber colored and have a distinct delicate flavor. They are not as sweet or moist as Medjool dates but have a softer caramel-like taste. Because they are drier and smaller than other dates they make for a great snack or as a sweet addition to bread or a meal. The Deglet Noor dates are the most common cultivated dates in the United States.

Harvested: October and Originally from Tunisia and Algeria.

Barhi dates: Recognized by its almost perfectly round shape, this date can be eaten in the raw, semi-ripe state as well as the ripe stage. In the raw stage, they are referred to as

Khalal dates and are golden yellow with a crunchy texture, similar to eating an apple. They taste slightly sweet with a slight spicy knack to it. As it ripens, it is more of a soft, dark amber with a smoother and softer flesh. Its sweet and creamy texture gives it the “Honeyball” nickname.

Harvested: August and September and Originally from Bursa, Iraq

So everyone talks about how amazingly good dates are for you. But how good?

Dates have more potassium than a banana and more antioxidants than blueberries. Nutrition and the healing properties of the date family have been noted in folklore and present-day research has deemed that the date may be considered an almost ideal food. Nutritional properties of a single Medjool date are remarkable to say the least. The list of vitamins contain Vitamin A, Retinol Activity Equivalent, Beta Carotene, Lutein + Zeaxanthin, Vitamin K, Niacin, Vitamin B6, Folate, Folic acid, dietary Folate equivalents, Pantothenic Acid, Choline, and Betaine.

I know that list was impressive but there is still more. Medjool dates contain a bountiful amount of minerals: Calcium, Iron, Magnesium, Phosphorus, Potassium, Sodium, Zinc, Copper, and Manganese.

The energy that is derived from this date is from the large amounts of invert sugars that the Medjool date contains. Invert sugars make up about 70-78% of the sugar content. It is easily absorbed and assimilated in the body and provides the body with energy within minutes after eating it. In all actuality 1 mg of dates gives the body the energy equal to 3470 calories which is an amount larger than an adult male’s required daily amount! The fiber content of a one date is 2 g. The recommended fiber intake is 25g per day.

The bottom line is – having a few dates a day is extremely good for you!

Have a few of whatever specific date you prefer but do know the difference between each date. Mistaking dates for one another or assuming they are all the same is to strip each date from its uniqueness. Sure, they look the same and might even taste slightly similar but they are surely not the same. Each date has its own identity and characteristics and depending on what your taste buds are into, you might like one more than the other.

Like most of the immigrant community in the United States, dates have been on a long journey traveling from the Middle East before finally settling in the Coachella Valley of California in hopes of a better future for themselves as well as their offspring. We are all glad they made the move, because we now have easy access to these amazing fruits. 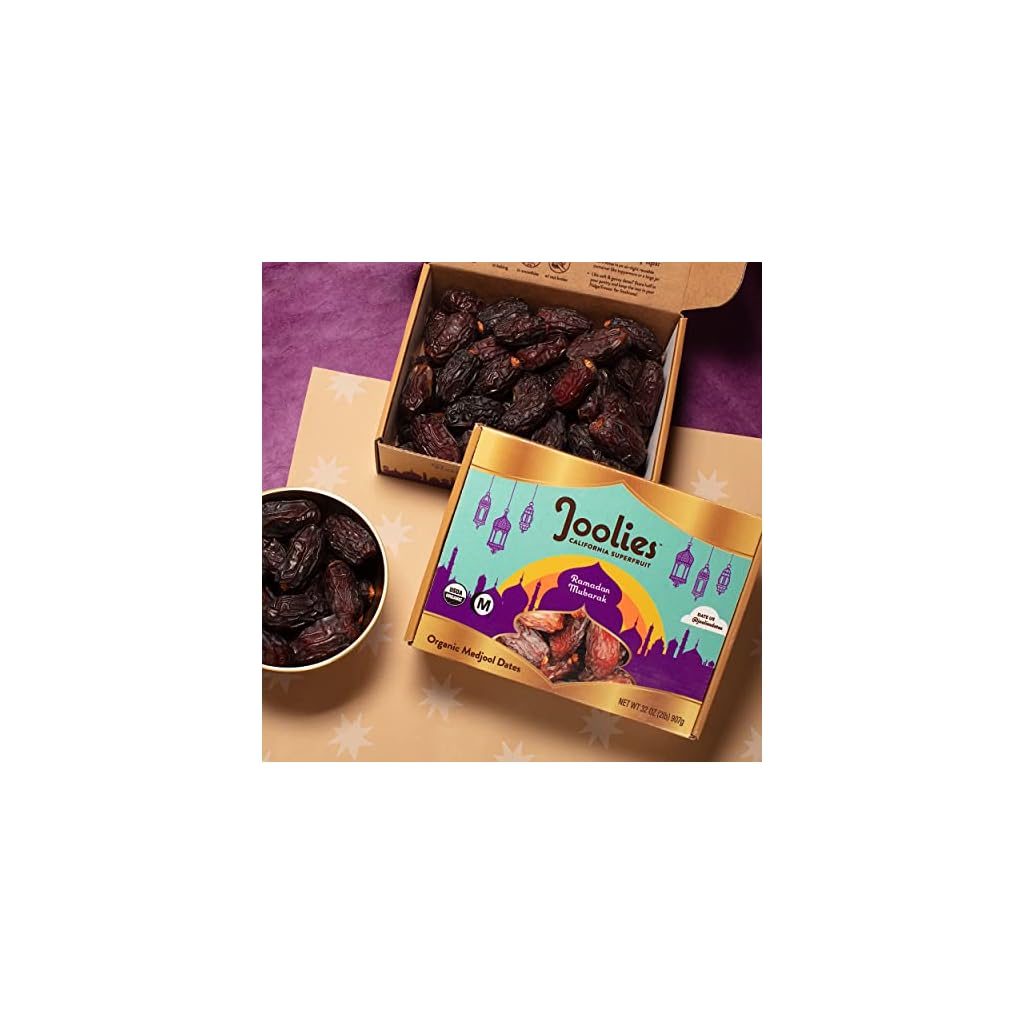 There are so many date companies to choose from, but I tend towards those that I have a deep familiarity with and can really understand…